The city of Solo is famous for its history and culture that continues to be preserved. The city of Solo also has tourist attractions for those of you who like to study history, and love to come to museums. In the following, we will provide references to historical museums in the city of Solo.

Keraton is a very historical place in Surakarta or Solo. A museum that stores various things about the history, art, and culture of Surakarta. The museum building is rectangular in shape, and has two areas that are used as exhibition areas. Inside, there are 13 rooms, each of which has a different collection. The first room is a place to display photos of the king who once ruled in Surakarta. The second room contains bronze statues such as Buddha. Up to the 13th room contains household and kitchen utensils and rice cookers used by soldiers during the war.

The building was originally named “Societeit Sasana Soeka” is used as a meeting hall and meeting room. In 1933, Sarsito Mangunkusumo and several other engineers met in this building. Solosche Radio Vereeniging is the first public radio operated by indigenous Indonesians also takes place here.

This building became a silent witness to the Indonesian Journalists Association (PWI) formation on February 9, 1946. Then in 1973, this building began to change its name to the National Press Museum was inaugurated by President Soeharto the following year. The National Press Museum is currently used as an educational tourist attraction for visitors from within and outside the country.

This building is proof of the importance of archiving for the people of Solo Kanjeng Raden Adipati Sosrodiningrat IV founded on October 18, 1890. So it can be said that this building is the oldest museum in Indonesia. The Radya Pustaka Museum was once the residence of a Dutch citizen named Johannes Busselaar, then became a place for storing royal letters. Over time, the Radya Pustaka Museum has important objects related to the kingdom. In the end, Radya Pustaka was officially turned into a museum. The unique thing about this museum is its interior design. Because it was originally a residential house, the museum’s layout is not like a museum in general because the original building is preserved.

Solo is already famous as the City of Batik, so you should learn about batik when you visit. The Danar Hadi Batik Museum is a place for those of you who want to learn the history of batik. This museum presents cultural education about batik, which has a long history. You can also see a variety of batik served here with very good care. The collection shown here is private. It has 9 types of batik stored in 11 rooms. The nine types of batik on display include; Batik Influenced by Kraton, Batik Saudagaran, Batik Farmer, Batik Indonesia, Batik Kraton, Batik Djawa Hokokai, Batik Influence India, Chinese Batik, Dutch Batik, and Batik Danar Hadi.

Although it is under the management of batik producers, the museum is open to anyone who wants to increase their knowledge about batik. There are so many collections here, and you will find out how rich the batik culture in Indonesia is.

The place used as a recreation area for the royal family of the Keraton Surakarta is called Langenharjo because it is located on the outskirts of the Bengawan Solo River and is interpreted as a feeling of comfort and peace. The word “pesanggrahan” means a resting place. So, Pesanggrahan Langenharjo means a comfortable and peaceful resting place.

Previously, this place was believed to be a resting place for Pakubuwono IX after swimming for fish in the Bengawan Solo River. Behind the building, there is Langenharjo warm water, so it is the right place to rest.

The pendopo of the Langenharjo Pesanggrahan Museum is still actively used for wayang performances, gatherings, and tirakatan. If you are lucky, you can join in watching the show. This museum is located in Langenharjo Village, Grogol District, Sukoharjo Regency.

The number of collections shown here is 2934 fossils out of a total of 13,809 fossils. The Sangiran Museum collects from the Pliocene era (5.3 – 1.8 million years ago) to the Pliocene era. Here there is a collection of ancient human fossils, ancient animals, and rocks. The right museum for you to prove Darwin’s theory.

Vacation is more than just the scenery/food/accommodation, and it’s about making long-lasting memories and learning a new culture. Discover more adventures in Solo by visiting Wonderful Indonesia. 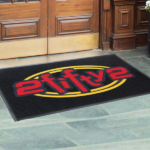 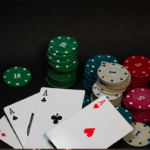 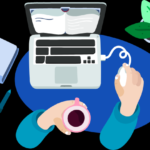 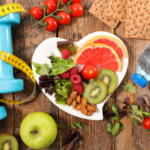 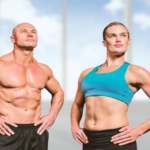 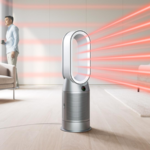